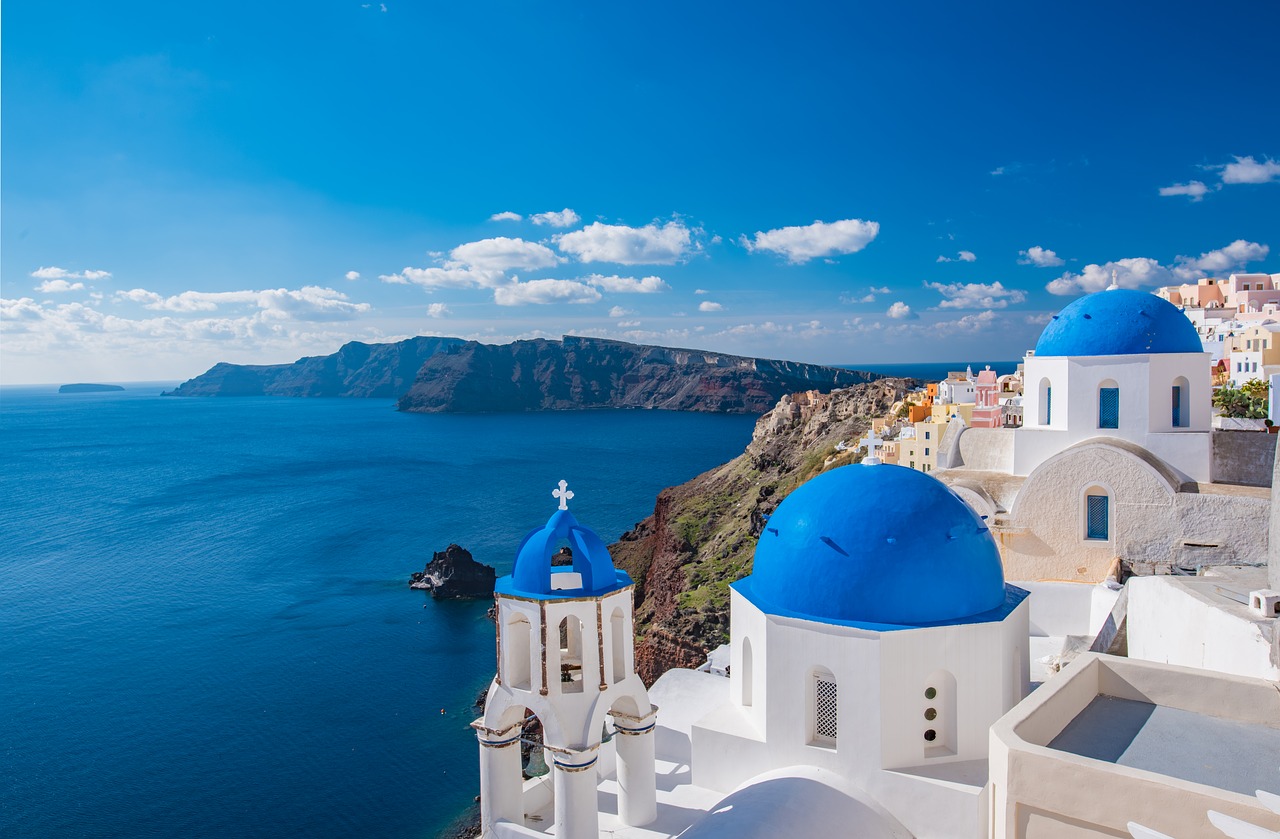 12 Mar 5 Fun Things to Do in Santorini

Posted at 11:33h in Blog by Victoria Brewood 0 Comments

Santorini is one of the luxury islands in Greece. Its rugged landscape, coupled with white-washed buildings all along the edge of the rock face, creates a dramatic appearance for anyone approaching the island by ship from another Greek island.

Here are five fun things to do while in Santorini.

Enjoy Luxury While Staying in Paradise

Staying in Santorini is on many people’s bucket lists. When they hear about the incredible sunsets every evening, the views out to sea from the many tavernas (restaurants) that line the edge of one side of the island, they just have to go. It’s certainly a little more exclusive and dearer than other islands like Skiathos or Samos, but it’s a not-to-be-missed destination that stays with you forever.

When coming to Santorini, often to complete the luxury experience of the holiday, many opt to stay in one of the many luxury Santorini Villas, dotted across the island. However, just because these villas are labelled “luxury” doesn’t necessarily mean they will be way out of your price range. Many villas from companies such as BlueVillas come at a range of different prices, which can be split between the amount of people staying in the villa. Many are perched on the edge of the rugged island looking out to sea, with their own well-maintained swimming pool, places to lay out comfortably, and little corners to turn into a reading nook when you need to decompress.

These most exclusive villas provide the best of everything during your stay on Santorini. Whether you’re looking to enjoy the blue hue of the waters and the sunsets late in the day as a group – many villas comfortably accommodate 4-8 people at a time – or find nightlife to party down, it’s all within each reach. Any villa can act as a luxurious base for a group or a couple looking to have space to themselves.

For amateur archaeologists, there is the Akrotiri ruins that were previously buried by an erupting volcano in 1700 B.C. For only five Euros, you can walk through around the perimeter and see first-hand the excavation work that is ongoing. There are guided tours from people who can talk expansively about the history of the dig, but none of the staff working on the project provide information directly or through handouts. However, for anyone who has an interest in the history of Greece or archaeology in general, it’s an excellent chance to see something up close that you may never get to view again.

Get Your Trek On

The steep walk from the Amoudi Bay port up to the Oia town above is a challenging adventure that will push some people to their limits. For fit people, it’s probably like a day’s casual stroll over the hills near their village, but for city dwellers, they’ll be glad of the hours they put in on the step machine in the gym before they travelled.

There are at least four ways to get up to Oia. You can walk up the steep walkway using the steps, walk up the hillside without using the steps, take a cable car, or a taxi. Going via the steps means you’ll be going up 238 individual steps straight up. Each one takes several strides because the steps are enlarged. The stepping hike is only ¾ of a mile, but your legs will surely feel it once you reach the top. Be sure to take a bottle of drinking water with you.

Riding a quad or bike around Santorini’s streets is a popular pastime. For under fifty euros, licensed riders get to go out on the open road and play around. It’s a good idea to get a more powerful model because the 50cc versions aren’t fast-moving and can cause a traffic jam behind you on the road. There is the occasional drop-off, so you do need to stay vigilant because the roads aren’t as regulated as they are in the UK.

One of the authentic things not to be missed while on Santorini is tasting their Santorini salad. It’s a variation on the famous Greek salad, which incorporates ingredients that are found growing on the island itself. The added ingredients include cucumbers, capers, and tomatoes that have been set out to catch the sun before serving. Usually, there is a dressing of some kind, perhaps a yogurt or basil-based one, to enjoy too.

The best thing about the Greek cuisine is how healthy it is. Full of olive oil, fresh fish, seafood, salads of various kinds, and freshly cooked barbeque meats, you’ll be spoilt for choice. It is more of a meat lover’s cuisine to be sure, but there some good vegetarian options, as more vegans and vegetarian tourists have been visiting lately and the tavernas have adapted to their requests.

A visit to Santorini is one that fulfils many people’s desires for an interesting destination that is different from the other Greek islands. While the white-washed buildings and most of the cuisine will be familiar, the atmosphere and uniqueness of the town will pique anyone’s interest.

Although very much British, Victoria always felt like she was meant to be living the 'American Dream'. She loves the US and has travelled to over 14 states.

I'm Victoria - I'm actually born British (from Manchester) but always felt like I was born to live the American dream, so I moved to the USA! I love to travel the US and have been all over, from Chicago to New Orleans, New York to LA.